A time delay fuse is a special kind of fuse that allows electrical surge for a short time before it actually blows. Due to its special design, it can bear electricity overload in a repeated cycle for a short period without blowing.

Its ability to carry momentary overloads makes it an integral part of many systems that use a high inrush of inductive load. Regular models are useless in this case because they do not allow any power surge beyond their amp rating.

How Does a Time Delay Fuse Work?

The design of the time delay and regular fuses are similar but their functions are different. You will find the standard ones in particular circuits and appliances. Exposure to more electrical current than they are rated for will burn them out. By making a circuit dead, they protect devices and power lines from short circuits and damage.

A time delay fuse, on the contrary, can handle 100 or 200% more electrical current than a regular type because it has an extra spring-attached short connector. The connector is attached to the fuse wire with a low melting point solder.

The fuse lets electrical surges pass through as long as they remain below the breaking capacity. It will blow out if the electricity crosses that maximum point. Also, a prolonged overload will build up the heat in the fuse to the point of melting the solder joint. It will open the connector by releasing the spring. The result will be the melting of the fuse wire, just what happens in case of a standard fuse. 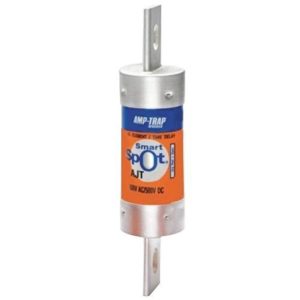 Not all the slow-blow fuses are the same. Each variation has its own application or purpose.

It delays the time for at least 12 seconds at 200% of rated current. It gives the best performance when used in the circuits of street lighting, specialized and branch circuits, and industrial control. It offers close sizing on relay circuits and small motors. You will get the highest protection for component short-circuit current rating.

Like the CC Class, they also provide a 12-second of time delay. These have a tube-like dual-element construction. It allows the surges pass through from one end to another without affecting the fuse wire. These are used in solenoids, transformers, small motors, and other high inrush electronic circuits.

They are similar in function as they delay the time for 10 seconds at 500% of rated current. These high-performance fuses have the capability of repeated cycling with superior time-delay for carrying surges without affecting the circuit.

They are suitable for all high-inrush loads such as transformer, motor branch, motor, and lighting circuits. You will also find them in IEC style motor contactors and starters, and circuit breakers with lower interrupting rating.

There are also Class L, Time Lag, Class RK5, and few other variations in the time-delay category. You must know the load of the circuit before selecting a fuse for an application. 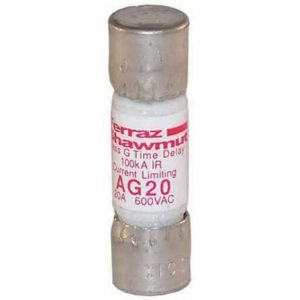 Fuses are an integral part in protecting a building or facility from fire and electrocution, and electrical appliances from power surges and short out. A time delay fuse also does the same thing but in a different process, and for some particular systems. It is more tolerant to overcurrent spikes, which is safer for appliances that draw power in excess during the startup. This unique feature makes them suitable for:

An electrical motor draws a high volume of electricity to start the operation. A regular fuse, in this case, will blow out at the beginning and cut the circuit. A slow-blow fuse will allow the surge of power to initiate the mechanical movement but still protect the circuit in the event of a continuous overload.

Fluorescent lamps also need a surge to start their function. The mercury-vapor gas that causes a phosphor coating inside the bulb to illuminate needs more power at the beginning than after the ignition. The slow-blow fuses protect the light’s vulnerable circuitry from the opening spike. In fact, any device that runs on a starter motor or coil will need it because they require extra power to start the function.

Remember that these fuses are engineered for some specific applications. No regular fuse can swap their place inside a receptacle and vice versa.

Different fuses have specific functions and they are fitting for certain purposes. Using the wrong type can create fires and could lead to electrocution. There’s also the risk of complete damage to the internal motors of tools and appliances. So, use a time delay fuse for your fluorescent bulbs, incandescent lights, and electric motors. Otherwise, repeated circuit failures and other electrical problems will be a regular thing to face.