Electricity is not an independent element that you can find in nature. You have to produce it from many resources in power plants. We then get that energy in buildings and households through electrical wires. The major share of electrical power comes from non-renewable sources. Scientists have always been looking for alternative means for power generation. The different electricity sources in 2017 are likely to contribute in a great way to the endeavor of finding out good energy that doesn’t account for climate change. 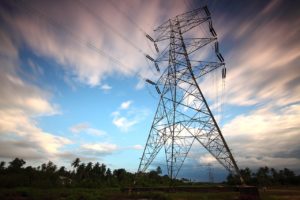 We get electrical energy from various elements. You can divide them into two broad categories – renewable and non-renewable. There are also nuclear power technology and some unorthodox sources such as biomass and biofuels.

According to the Institute for Energy Research (IER), the components that generate the power supplied throughout the United States are:

Coal is still the primary resource for electricity. The IER foresees fossil fuels to be the leading source of energy consumed in America at least until 2040. These non-renewable elements supply almost 80% of the country’s total energy needs.

But, these non-renewable resources will eventually run out. Scientists have long been looking forward to alternatives, and 2017 has been a fruitful year!

An accidental discovery of hydrogen production could revolutionize the way of powering up fuel cells. The method is quick, safe, and cost-efficient. It can hugely contribute to other energy applications too.

Scientists at the Aberdeen Proving Grounds, a U.S. Army Research Laboratory, discovered hydrogen as a byproduct of a reaction between water and a nano-galvanic aluminum-based powder.

We know that water creates rust in aluminum that stops further reactions. Also, the previous method required a catalyst, took more time, and produced some toxic materials. The new experiment is free of these problems. It is a quick, continuous process that does not need a catalyst.

This process can generate 220 kilowatts of energy in less than three minutes from 1kg of aluminum powder. The scientists already used that electricity to power the model around the laboratory.

An Alternative to Fossil Fuel

A group working at the Massachusetts Institute of Technology (MIT) has discovered a plasma breakthrough. They hope that it could reduce and even end the dependency on fossil fuels.

The group has found a new way to make plasma fuel hot enough to generate fusion power. The system uses three ion species instead of two. It also utilizes the same process of energy creation taking place within the sun. This nuclear technology is a big step towards finding a limitless supply of clean energy.

When saltwater and freshwater meet, they can create an electric current by creating an osmotic pressure. There has been a groundbreaking work in the Penn State University (PSU) making more efficient use of that osmotic pressure.

The previous systems used the pressure retarded osmosis method to produce electricity. But, scientists use a combination of reverse electrodialysis (RED) and capacitive mixing (CapMix) in the new system. These two methods separately draw a small amount of energy, but the output is massive when they are combined together.

The team is working to apply the new technology to generate electricity from the meeting point between rivers and the ocean. They also hope that it could meet up to 40% of global demand for electricity without increasing the carbon footprint.

A unique property in vanadium dioxide can contribute to the ongoing demand for new electricity sources. It’s possible to use it in a broad range of applications. It can even transform the waste heat from electronics and machinery into electricity.

A study at the University of California, Berkeley, finds that this compound metal can conduct electricity without conducting heat. The January 27 issue of the journal Science also published the findings of this research. 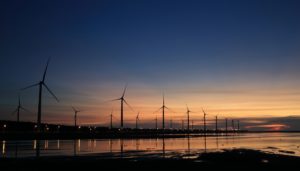 How much food goes into the trash can a year? Americans alone waste almost 40% of the food produced for domestic consumption each year! Scientists have long been researching for converting that waste into electricity.

It seems that a group of researchers at Cornell University has invented a new way to turn food waste into an energy source. They use hydrothermal liquefaction and anaerobic digestion at 200-350 degree temperatures for the conversion of leftover food into energy products.

This is an advanced method of using waste materials to produce natural gas, which can ultimately be used as a source of electricity. It is more economical and efficient than previous systems. It will use almost all the food waste, leaving only a little to dump into the landfill.

Scientists have continued to explore new resources for building a clean energy future. The positive side of these different electricity sources in 2017 is that most of them are renewable and leave little to no carbon footprint. It indicates a time when it will be possible to power the electric grids without affecting the environment.