How Does a Whole House Surge Protector Work?

Whole house surge protectors work by allowing only the electricity you need in your house inside, and nothing more. It keeps out over-voltages and, therefore, protects your devices from surges.

Whole house surge protectors are usually wired to the electric service box and located nearby to protect all the appliances and electrical systems in your home. If your home does not have one, you can add one on for anywhere from $200-$500.

It uses metal oxide varistors to shunt power surges. They are seen as a wise investment made by homeowners.  They protect devices in the home as well as increasing the home’s market value.

Why Do Homes Need a Whole House Surge Protector? 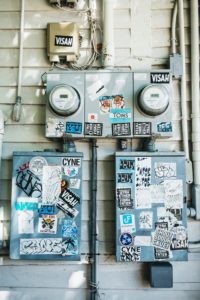 An increase in technology means the average home has a lot more electronic devices than they used to have. Many of these electronics, like LED light bulbs, washers, dryers and other appliances, contain circuit boards. Because of this, there is a greater likelihood of an electrical surge.

The Danger of An Electrical Surge

Many people don’t understand what an electrical surge is, and they underestimate the potential danger involved. Most surges are short intense bursts that are generated within the home. Generators and motors found in appliances like air conditioners, can make small surges occur in a home’s electrical lines. Although it is rare that one surge will take out the entire electrical system, the mini-surges will begin to add up and degrade the performance of the appliances and shorten their lifespans.

Back up generators can also be one of the main causes of electrical surges. When they turn on automatically, due to a power outage, they can send surges through the electrical lines that can only be diverted by a whole house surge protector. These will serve to protect the wiring throughout the whole house and every outlet present.

The Best Way to Use a Whole House Surge Protector

Well, when an appliance or device sends a surge through a circuit that’s not dedicated, but is shared with other devices, those other outlets could be susceptible to the surge. That’s why is a good idea to layer your whole house surge protection. In other words, surge protection shouldn’t just be at the electrical panel but also at the electrical service and at the point of use to protect sensitive electronics. Power conditioners with surge suppression capability are recommended for home theater and home entertainment systems as they provide filtered power to audio/video equipment. 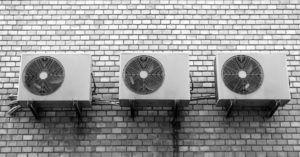 It is important to get the correct kind of a whole house surge protector. Most homes have 120V service which can be protected with an 80kA-rated surge protector. Because homes are not likely to see a surge over 10kA, the 80kA product should provide adequate protection.

Some may wonder if 80kA is excessive when surges are not likely to cross the 10kA mark. However, a 10kA protector could use up all of its surge shunting capability with just one surge, so an 80kA is recommended to ensure the surge protector will last longer. Also, homes with subpanels will need the added protection of about half the kA rating of the main unit which is why 80kA is a nice safe rating number.

Another thing to look for in a whole house surge protector is the nominal discharge rating. Look for a rating of 3, 5, or 10KA. (20kA is also available but may be excessive). This rating signifies the ability of an SPD to withstand 15 repetitive high energy transient wave forms and still function properly. The VPR (Voltage Protection Rating) should also be checked. It is the amount of voltage a surge protector permits to pass through. It is represented as clamping voltage and, the general rule is, the lower the better. 500V to 600V are numbers to look for.

Hopefully, this article provided you with a decent amount of information so that you can determine why a whole house surge protector is necessary for your home. It protects against electrical surges which is so important now that technology has brought an increasing number of devices into so many homes. Keep your house safe by adding whole house surge protection in your residence.