Did you ever really think of the importance of electricity in your everyday life? It is something many of us take for granted until there is an outage in which case we just don’t know what to do! Well, imagine dealing without electricity every day. For 1.3 billion people around the world, that is their everyday reality. But the Rockefeller Foundation is trying to make a difference in helping energy-poor communities, by bringing energy to thousands of villages who are without electricity in India. Read on to find out about their efforts with the Rockefeller Foundation’s “Smart Power Plan” and get a stronger grasp on the importance of electricity in our everyday lives.

Importance of Electricity in Our Everyday Lives

When we think about living without electricity, many of us immediately wonder how we would live without lights, or worse yet….our iPhones and computers! But electricity means so much more than that. Access to energy is a valuable part of being healthy and sanitary, providing households with clean water, food, health services and adequate lighting so that children can learn. Lack of electricity also slows down the economy, making it difficult for businesses to run, and farmers to produce food. Food will also spoil quickly without refrigeration.

What the Rockefeller Foundation is Doing to Help

The Rockefeller Foundation realizes the importance of electricity in everyday lives. That’s why they launched their program Smart Power for Rural Development in 2010. This is a $75-million initiative whose aim is to bring reliable energy for villages that are without power, in the hopes of improving their economic situations.

A Day in the Life Without Electricity

Before we begin looking at exactly what the Rockefeller Foundation is doing, let’s look at how the people of India are affected by the lack or electricity. Some main sources of income for tribal women include farming and sewing. Women who hull pounds of rice must work in extreme heat during daylight hours. Garment workers are forced to sew by daylight only, or under a harsh kerosene light at night. This results in limited output and income, and potential health issues for the employees.

Other work industries are also affected by limited access to light and power, including teaching and cooking. One gas station owner had to rely on three diesel generators because he didn’t have access to a reliable source of electricity. This ended up posing an unhealthy situation to the atmosphere, and an increased production cost for the company. 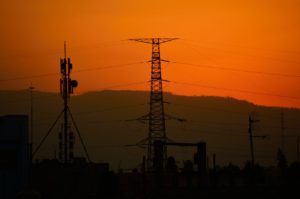 The Rockefeller Foundation has seen how the people of India suffer without electricity and they are doing something to help. Through their Smart Power Plan, they have developed an innovative renewables-based mini-grid ecosystem that supplies electricity to households, businesses, schools and more. The plan is all about helping energy-poor communities. They are working with communities to help the citizens optimize their use of electricity and realize the transformative power of energy.

These efforts are bringing electricity to many who have lived their entire lives without it. Half of lower income families now have LED light bulbs in their houses for the first time, while those in a higher economic bracket are able to enjoy the luxury of refrigerators and fans.

Small businesses are also thriving as they are now able to sell newer appliances and offer computer based classes. Rice hullers can process grains through equipment; seamstresses can use sewing machines; markets can keep their produce fresh by investing in cold storage equipment. In general, this has resulted in a boom to the economy as people are making more money, learning skills and having the ability to work longer hours.

The Foundation released a video showing how the Smart Power plan has improved conditions for the people of India. Businesses have improved their sales as more customers are coming in to spend money and enjoy fans and air conditioners. One farmer also commented on how he was saving money by converting from diesel to solar power. Students and workers are enjoying improved conditions that have a positive effect on their ability to learn and produce goods.

The direct effect on businesses has been substantial. Those that have been able to take advantage of the benefits offered by Smart Power have seen a 13% increase in monthly revenue. Villages have seen an increase of $18.50 of GPD+ (gross domestic product). Schools are also benefiting now that students can study at night without having to strain their eyes under the light of kerosene lamps. There has been a 71% decrease in the use of kerosene overall and 87% of children are able to study for longer hours and under better conditions.

The Foundation released a video showing how the Smart Power plan has improved conditions for the people of India.

But the Smart Power model doesn’t intend to stop at India. There are still many other countries that are suffering from a lack of electricity, including many communities in Africa and Asia where more than 90 percent of the population suffers with limited energy resources. The hope is that by restoring power to energy poor communities, there will be an overall increase in productivity and the economy will improve solving poverty and hunger, and increasing opportunities for many worldwide.

So we see the importance of electricity in everyday life for people around the world. Having working electricity means so much more than a functioning computer or smartphone. It can improve the economic conditions for many, increase opportunities and solve many problems the world is facing. For many, Rockefeller’s Smart Power model is helping energy-poor communities and it is wise to give these efforts all the support they need to be successful.